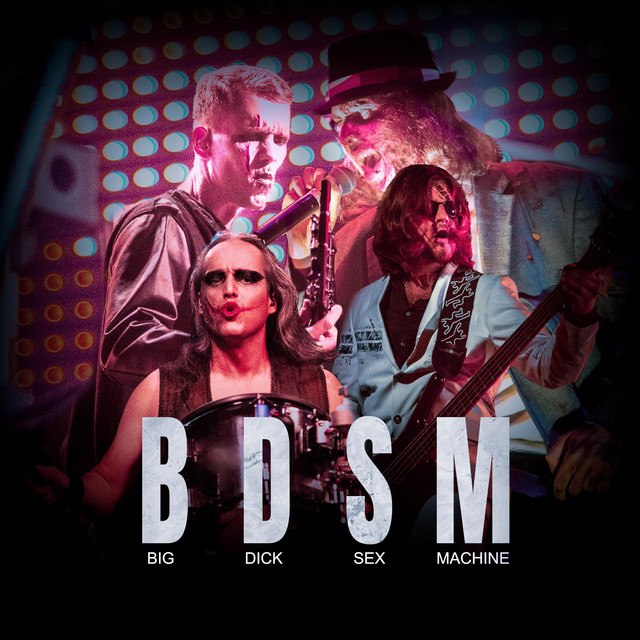 Emerging from the darkest depths of a bittersweet tragedy, B.D.S.M. are a group of four undead outlaws, back from the dead to reclaim the glory they never tasted in their own lifetime. The shock-rock band is made up of Redneck Jack, a hopeless degenerate who was burnt alive for his gambling debts, Joe Cockney, an mechanic and illegal bike-racing king, driven to destruction by his own ego. As well as ex-stuntman, Quentin Les Tard, shot point blank in a mob fueled slaying; and corrupt cop turned Vegas mob roller, Boston de la Vega, murdered by his own gang for a deal turned sour. It was at the tail end of the 1990’s that their stories became intertwined, and a lust for hedonistic glory led to their demise. Jack first met Joe when he was engineering for Quentin in Vegas’s most depraved strip clubs. After losing an all or nothing poker game to Boston, Jack was forced to scheme up one last gamble. A final racing stunt, in which the undefeated road warrior Joe Cockney would zoom towards the edge of a deep canyon. The first one to hit the brakes loses. All Joe had to do was purposely lose and the mob would win a great fortune. His desire for victory was too intense though and he flew straight off the cliff, leading to the three others being murdered by the mobsters. At the dawn of 2000, the spirit of the 90's resurrected the forsaken men and they now trailblaze through the land of the living, corrupting the masses with that same decadent energy and lust for glory.