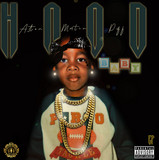 Aston Martin Piff, From Boston Ma but raised in the South (South Carolina/New Orleans) is a hard working and devoted R&B/HipHop very versatile artist, songwriter, and producer with an impressive body of work. ( ON ALL MUSIC PLATFORMS ) Raised in SC & Dorchester suburb of Boston, MA by a family of artists, Aston has been involved in the music scene from a young age. Influenced by the music of artists like Jay-Z, DMX, Master P, Lil Wayne and Special Ed, Aston always believed that music calmed him and allowed him an identity. After discovering that music was the best tool he could use to express himself, he chose to leave behind the violent street life that surrounded him and instead focus his energy on his craft. From there, his strong work ethic and aggressive self-promotion began to separate him from other New England artists. Aston has been writing music for more than half his life and, to date, has written over 6,000 original songs. He has dropped multiple mix tapes and has collaborated with well-known artists like Charlie Baltimore & many more, After spending years helping others expand their vision, Aston took a step back from collaborating to focus on and further develop his own music. In the fall of 2016, Aston offers his listeners an unobstructed look at his life thus far. In summer of 2017, Aston dropped his first official album titled "The Pressure" July 4th 2017

Now he is gearing up for "Apply Pressure"