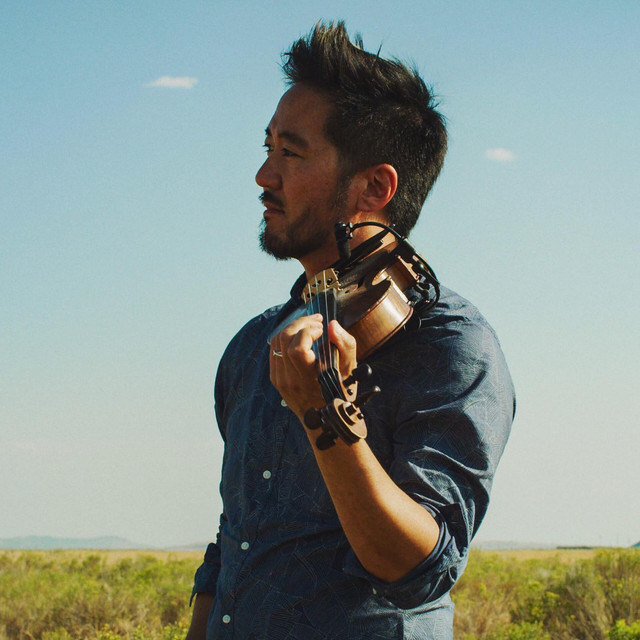 A singer/songwriter, producer, arranger, and multi-instrumentalist whose main instrument is the violin, K Ishibashi's solo project, Kishi Bashi, is recognized for its playful, highly melodic, often romantic songs. His distinctly kaleidoscopic sound frequently incorporates looping technology, with repeated segments speeded up to varying degrees to otherworldly effect. He debuted the project in 2012 with 151A. His more slickly produced third album, Sonderlust, included increased electronic elements, while fourth LP Omoiyari relied on a more organic, orchestral folk palette. Born Kaoru Ishibashi in Seattle, Washington in 1975, he spent his formative years in Norfolk, Virginia. After studying film scoring at the Berklee College of Music in Boston, he collaborated on albums with acts including Vitamin String Quartet and, in 2003, co-founded the Brooklyn-based indie rock outfit Jupiter One with fellow songwriter/multi-instrumentalist Zac Colwell. The band went on to release a pair of EPs and two full-length albums: 2007's Jupiter One and 2009's Sunshower. In 2009, Jupiter One toured in support of Regina Spektor, with members including Ishibashi also playing in her backing band. Back in the studio, he played strings on Of Montreal's 2010 album, False Priest, the first of many such collaborations with Kevin Barnes' project. In 2011, Ishibashi embarked on a solo career, adopting the pseudonym Kishi Bashi. He began opening shows for indie artists including Sondre Lerche, Alexi Murdoch, and Of Montreal, and released the single "Bright Whites," which was licensed for a major tech-company ad campaign. His full-length solo debut under the moniker 151A (a pun in Japanese for the expression "ichi-go ichi-e," sometimes translated as "one chance in a lifetime"), arrived in April 2012 on the then-startup Joyful Noise label. The album did well by small-indie standards, receiving raves from NPR Music and landing on the Billboard independent albums chart. After Ishibashi relocated to Athens, Georgia, the project's second full-length, Lighght, followed in early 2014. It marked Kishi Bashi's first appearance on the Billboard 200, reaching number 53. A year later, he released String Quartet Live!, which offered selections from his first two albums arranged by Ishibashi for himself, string quartet, and guest spots by Tall Tall Trees' Mike Savino (modified banjo/vocals) and Elizabeth & the Catapult's Elizabeth Ziman (vocals). It also included a cover of Talking Heads' "This Must Be the Place (Naive Melody)." The album landed in the Billboard Classical Albums Top Ten. Citing frustration with the creation of new material, Ishibashi all but ditched what had been his primary songwriting tool, the violin, for his third Kishi Bashi studio LP. A play on the recently invented word "sonder" -- essentially, the realization that any stranger has a life experience as vivid as your own -- from the Web's Dictionary of Obscure Sorrows, Sonderlust was co-produced by Chris Taylor of Grizzly Bear, with guests including drummer Matt Chamberlain. Released on Joyful Noise in September 2016, it returned him to the Billboard 200, where it spent a week at number 153. Following extensive touring for Sonderlust, Ishibashi, the son of Japanese immigrants, became involved with a cautionary documentary that saw similarities between the day's anti-immigrant political rhetoric and the conditions that led to Japanese-American internment camps during WWII. With original songs inspired by the project around themes of empathy, his fourth album, Omoiyari (a word for the idea that thinking about others promotes compassion), was released in 2019 in advance of Omoiyari: A Songfilm. Ascending to the number 11 slot on Billboard's Top Independent Albums chart, Omoiyari was recorded with members of his touring band including Savino (banjo, bass) and Nick Ogawa (aka Takenobu) (cello). ~ Marcy Donelson, Rovi