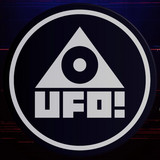 The iconic UFO! sound began in the streets of San Francisco’s in the early urban 90’s Hip Hop scene. From there, he captured an international audience with the first American Drum & Bass breakthrough album “The Future is Listening.”   Over the years, UFO! has firmly established himself as an innovator within the bass music scene. After a string of collaborations with Nick Weiller (Bro Safari), the 2 of them joined forces to create groundbreaking albums like Animal & Clockwork   Most recently,UFO! has returned to his Jungle roots of with a genre-bending EP called “Hyper Norm” on Evol Intent recordings. This EP has been getting DJ support across the bass music spectrum as well as radio support from other forward thinking artists, such as Noisia.