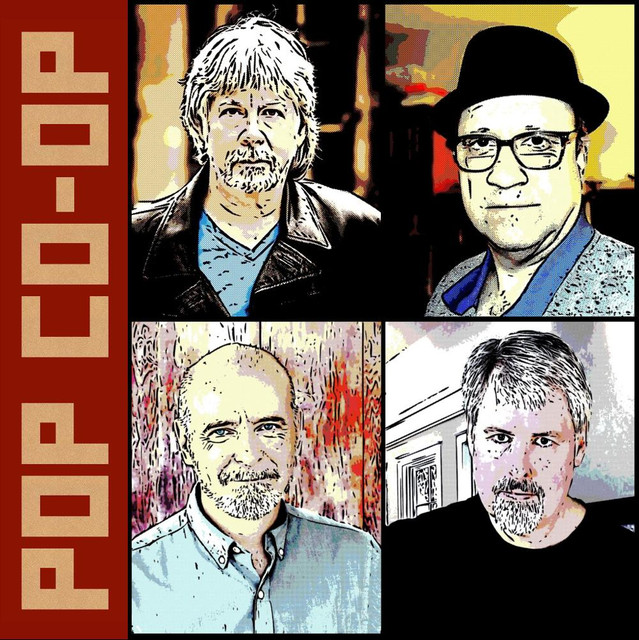 Pop Co-Op are Steve Stoeckel (Spongetones), Bruce Gordon (Mr. Encrypto), Stacy Carson, and Joel Tinnel. The band formed in 2016 to write and record fresh music that is inspired by The Beatles, Byrds, Beach Boys, Kinks, Doors, CSNY/Neil Young, XTC, Squeeze, Rockpile, and Elvis Costello, among many others. Their music is mix of pop and powerpop tunes that rock and sometimes venture into alt country and the psychedelic. All four members write, record, mix, and produce their all original songs. The band's work has been favorably reviewed, including in Goldmine Magazine and has been aired on Rodney Bingenheimer's show on Sirius XM and on the Mickey Bradley Record Show on BBC Radio Ulster in Belfast. The band was the 2nd most played artist in 2020 on the This is Rock 'n' Roll Radio show on WSPJ 103.3 Syracuse (and #6 in 2017!) and in "Best of 2017" on WKVA 88.1 Oregon's Snap, Crackle, POP!