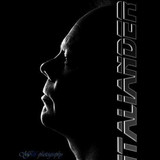 For Some djs, music is more than just their passion or occupation-it’s the reason for their existence. Dennis Italiander is a Dutch Dj Producer and has been performing and producing for the past several years. “I like to play music that has a certain twist.” He credits Laidback Luke as one of his biggest influences for wanting to become a producer. Italiander’s individual mixes shift seamlessly through genres and coloured with both the rich seam of melody and lush lolling groves. His past performances include Kinky Xstasia, Seduction, Spring@pardise, Kinky Summerheat, Bloemdaal XXXL, Homebasse, ONS feest, Fright Night, Naughty, Kinky Pardise, Kinky on the Beach, Toxic, FYEO, Boudior Bizarre, Secret Underground, Clooney, BITCH festival, Lef, Prikkelgeil, I Love Kinky (recident), KinkyXperience (recident) Moomba Theater (Motreal Canada), and more. With the window of global opportunity opening he is rapidly gaining a taste and skill for the larger stage festivals such as EDM festival Fantasia etc. His future aspirations are to continue producing, performing and showcasing his talents to the world. BOOKINGS: info@djitaliander.com