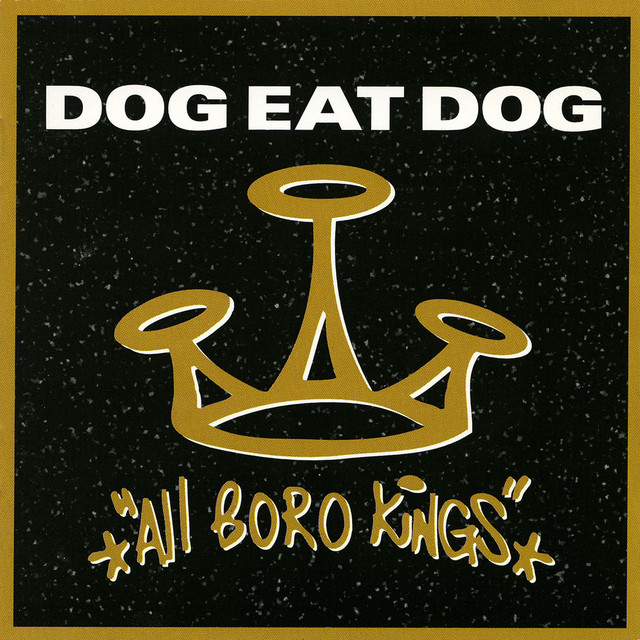 Comprised of a few ex-members of New Jersey hardcore metallists Mucky Pup, Dog Eat Dog was one of the first hard rock outfits to follow the cue of Anthrax and experiment with fusing metal and rap together -- a style that would later become commonplace. Founding members Dave Neabore (bass, vocals) and Sean Kilkenny (guitar) have proven to always be at the core of the lineup, despite numerous other members coming and going over the years. Starting out just playing in friends' basements (and without a name at the time), the group steadily built a following. They eventually played in local clubs, which led to the recording of a five-song demo that landed in the hands of Biohazard's Billy Graziadei, who then passed it on to an A&R man at Roadrunner Records. It wasn't long before the group signed to the label, resulting in the 1993 six-song EP Warrant (the glam metal Warrant had issued an album titled Dog Eat Dog one year earlier, so this was Dog Eat Dog's chance to return the favor). 1994 saw the release of Dog Eat Dog's debut full-length, All Boro Kings, as the group supported the album by opening a tour for their friends Biohazard (the group enjoyed quite a bit of success in Europe, where MTV Europe voted the band Breakthrough Artists of the Year in 1995). The band's next release, 1996's Play Games, featured several tracks produced by renowned rap producers the Butcher Brothers (Cypress Hill, the Fugees), with guest appearances by Ronnie James Dio and Wu Tang Clan's RZA included as well. A massive world tour followed, as the group opened shows/festivals for the likes of Rage Against the Machine, No Doubt, Sepultura, Kiss, Ozzy Osbourne, and Metallica. It wasn't until three years later that Dog Eat Dog would issue their third full-length, Amped, but when the album failed to break the band commercially, the group left Roadrunner for greener pastures. 2001 saw the release of a compilation issued by their now-former label, titled In the Dog House: The Best and the Rest. ~ Greg Prato, Rovi