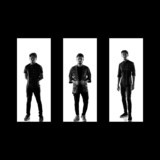 The word unique is often overused but rarely is it as true as Indian post-rock band aswekeepsearching. Even in a saturated genre space such as this there are still no other bands quite like the cathartic four piece. Turning heads and perking up ears since 2015, aswekeepsearching have been spreading their brand of positivity and hopefulness across the globe. Their trajectory is reflected in their album titles, starting with Khwaab (“Dream,” or, the first glimpses of their conceptual foundations) and Zia (“Light,” or, the moment at which they emerged to a wider audience spread over the world), their third release Rooh (“Soul”) sees the band looking inward, honoring their own roots and finding the connective tissues that bond us all regardless of our vastly different backgrounds and "sleep". If you enjoyed their previous work and wondered what an Indian ambient album would sound like, album "sleep" may answer some of those questions. With their music spreading like wildfire owing to its fresh and emotive approach, the band redefined the touring culture in India; taking their music to a multitude of cities locally and also embarking overseas tour of Russia, Europe and playing IOMMA Festival at Reunion Island. Intriguing and enamoring all that they touch with their sound, the band has joined ranks amongst the most sought after acts in the post-rock landscape. An immersive power packed live show like no other, which should definitely be on you to-watch list.