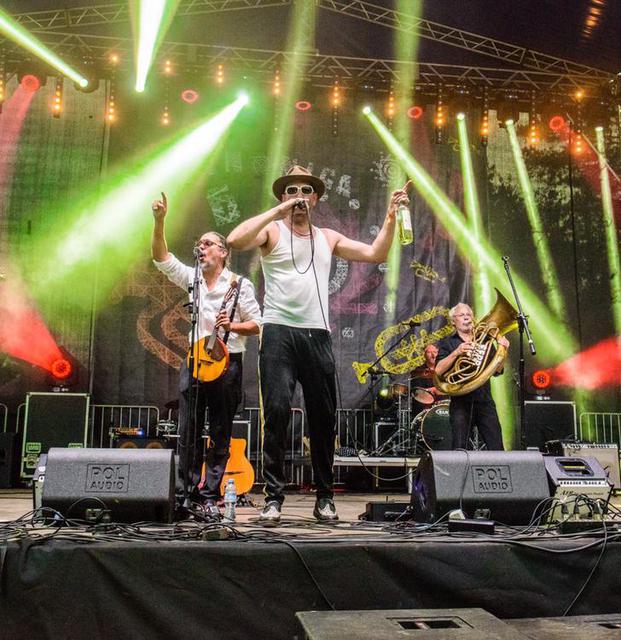 In november of 2011, in the little village Tibble outside of Leksand in Dalarna, Sweden, a remarkable project started. Two neighbors had the idea to start playing gypsy music together. Tibble Transsibiriska was founded and quickly grew into a six person band. Tibble, a village deeply rooted into Swedish cultural soil, had its own gypsy band! TIBBLE TRANSSIBIRISKA has created a unique style with Swedish lyrics and some elements in Romanes, completely new to the world music scene. The combination of strong vocal expression and full output beats from the Balkan tradition has been a total success. In 2017, the band released their second album "DUJ", which received great reviews in world music magazines. fRoots called it "one of the most exciting records of the year". With the release of a remix album, in february 2018, the success was a fact and the band toured all over Europe and China. Boomtown Fair (UK), Pannonica Folk Festival (PL) and Asia World Music Festival (CN) are some of the festivals where the audience was blown away by Tibble Transsibiriska. In the beginning of 2019, two members were replaced and the band was also reinforced with one new member. The new album "Swedisko" was recorded during the year, and was released in november.

From a review in the music magazine LIRA: "An uncomprimising curiosity and boundlessness that makes it stick out in the Balkan crowd".