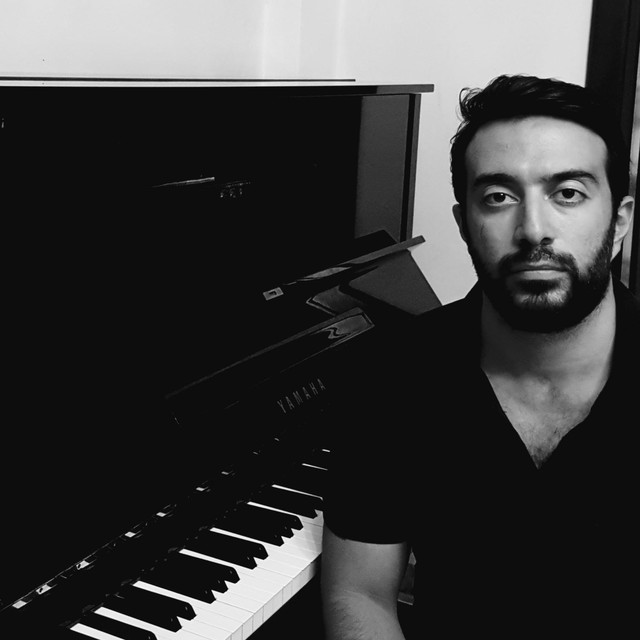 Elias Haddad is an award winning

pianist, and composer. The instrumental music that he creates can be considered as progressive as he synthesizes and tries to build on influences from various musical styles ranging progressive rock/metal/jazz, classical romantic, impressionist, and minimalist music. A stubborn classically trained piano student, Elias disliked taking piano lessons as a child but preferred improvising and playing the tunes that sing from within. Elias moved away from music for many years during his late teens and early twenties, but the obsession with music came back later to completely take over his life. He later completed his Masters at the Royal Northern College of Music under the supervision of Professor Adam Gorb. He moved to Toronto to continue his D.M.A under the supervision of Professor Christos Hatzis at the University of Toronto. His influences are numerous and from all kinds of musical worlds ranging from classical to progressive metal and jazz to modern day minimalists like John Adams, Steve Reich, and Philip Glass. The wide range of influences along with the free will of Elias and his unwillingness to follow a certain set of rules or guidelines in creating music results in truly free