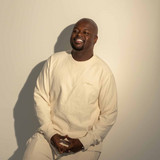 The man who wrote Usher's "Caught Up," 112's "Peaches and Cream," and Chris Brown's "I Can Transform Ya," Jason Boyd, aka Poo Bear, launched his own singing career in 2014 with the help of frequent collaborator Justin Bieber. Born in Connecticut but raised in Atlanta, Boyd was only 14 when he co-wrote 112's "Always," and work for Whitney Houston, Jagged Edge, P!nk, Dr. Dre, Drake, and many others followed. In 2004 he worked on numerous tracks on Usher's album Confessions, while in 2007 he co-wrote the chart-topping "Make It Rain" with Lil Wayne and Fat Joe. He dropped his debut track in 2014 when "Work for It" landed, featuring Tyga and Justin Bieber. His collaborations with Bieber continued into 2013 with the singer's Journals project, but it wasn't until 2015 that Boyd scored a handful of hits from Bieber's Purpose, including "Where Are U Now" and "What Do You Mean." That same year, he issued the Beats 2 Make Love 2 mixtape. Work with Trey Songz, David Guetta, and Fifth Harmony followed in 2017, as well as his joint single with Skrillex, "Would You Ever." Finally, in 2018, Boyd delivered his full-length debut album, Poo Bear Presents: Bearthday Music. Among the album's many collaborators were Bieber, Zara Larsson, Ty Dolla $ign, and Jennifer Lopez. Back on the songwriting side, he contributed to notable releases by Mariah Carey, DJ Khaled, and Utada Hikaru, while teaming with Bieber for a trio of Hot 100 hit collaborations with Ed Sheeran ("I Don't Care"), Billie Eilish ("Bad Guy (Remix)"), and Dan + Shay ("10,000 Hours"). ~ David Jeffries, Rovi