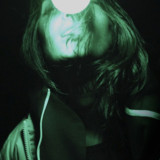 hill of iamhill is a Canadian writer, producer, and multi instrumentalist currently living and working in Los Angeles, CA. Upon releasing her debut album as 'iamhill' in 2018, she was immediately climbing viral Spotify playlists (such as Young & Free and Canada Viral 50) reaching hundreds of thousands of streams and traveling around the globe to write songs with new producers and artists. hill of iamhill released her 2019 EP, "Gimme My Life Back" on Antifragile Records out of NYC. In 2020 she released an album that was deconstructed and distributed as a sound pack by Black Octopus Sounds, who launched their adjacent record label “Black Octopus Music” to launch the source album, “Nobody Wants to Be My Friend”. She is currently working with an independent label out of SF, TextMe Records, and her new album “Sell Out For Free” is due for release on TextMe in early 2022.