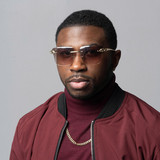 CREDLE, CEO/Founder of Credle Entertainment formerly known as K.Credle is a songwriter, music executive, an artist born and raised in Queens, New York. His last record 'Fall Back' featuring his label mate 'MoonSky' charted on Digital Radio Tracker for 18 weeks on the 2020 Top 150 Indie Artist Charts. The 'Fall Back' music video was also picked up and distributed by major label 'Empire'. He has performed at notable venues, festivals and universities. Making an appearance at the most famous SOBs venue in New York City in 2020 and as well Columbia University for their ASA (African Student Assoc.) Fashion Show and also at Southern CT State University for their ASA Fashion Show as well all in 2019. Credle has also headlined at The Paper Box and Kingsland Bar & Grill, which was a concert curated by Credle Entertainment that gave other indie artist a bigger platform to showcase their talents right before the pandemic in March 2020. In September 2020 he was one of six artist to be featured in the JCAL Jam Festival, which takes place every summer on Jamaica Ave in Jamaica, Queens. In November 2020, Credle had the honor of going on tour with Mor Bookings & The Artistry across Washington D.C., Philadelphia and Virginia. Then again in December 2020 to Atlanta for a media press run where he made appearances on radio stations, podcasts and also got to perform as well at the legendary Central Station Sports and Restaurant that holds a maximum capacity of 5,000 people.