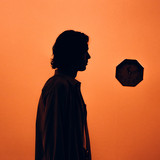 Fil Bo Riva is an artist who is impossible to pigeonhole. The moniker for Italian born Filippo Bonamici, is not what you would call a regular solo project or a band. Bonamici was born and grew up in Rome before moving to Ireland in his early teens, with his musical education forming and developing gradually. Eventually, this passion pushed him to Berlin in 2012, where after several years of study and musical abstinence, he discovered fresh inspiration and positive distractions that shaped his songwriting. Such new motivation led to the formation of Fil Bo Riva in 2015. The Berlin based artist started to garner significant attention after the release of his debut single ‘Like Eye Did’ in 2016, and after multiple support slots – most notably with Matt Corby and Milky Chance – the next step had to be taken. 2017 and 2018 proved to be watershed years – his first headline shows, three sold out tours, and playing at some of the most important European festivals brought him some serious acclaim and a raft of new fans. Meanwhile, Fil Bo Riva kept working on the album and teasing fans with new music, readying what he knew would be his defining musical statement. The vision was simple – craft songs that would sound fresh and relevant for more than just a few years.