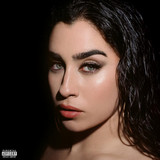 A soulful pop singer, Lauren Jauregui first grabbed audience attention competing as a member of the all-female pop group Fifth Harmony on TV's The X Factor in 2012. With Fifth Harmony, Jauregui released three Top Ten Billboard 200 albums, including 2015's Reflection and 2017's 7/27, and was featured on the hits "Worth It," "Boss," and "Work from Home." She also embarked on a solo career, pairing with Halsey for the track "Strangers" and Steve Aoki on his track "All Night," both in 2017. In 2018 she released her debut solo single, "Expectations." Born in 1996 in Miami, Florida, Jauregui grew up in an immigrant family with parents who had moved to the United States from Cuba. Interested in music from a young age, she also played sports and participated in talent shows at her Catholic school. By her teens she was listening to a mix of artists including Alicia Keys, Paramore, Christina Aguilera, and others. At age 16, she auditioned for for The X Factor in Greensboro, North Carolina, singing Keys' "If I Ain't Got You." Although she was eliminated during the second boot camp round, Simon Cowell and the other judges brought her back, pairing her alongside fellow singers Ally Brooke, Normani, Dinah Jane, and Camila Cabello to form the ensemble Fifth Harmony. While the group ultimately finished in third place, they would prove to be the most successful contestants to emerge from that season. Signing to Epic Records in the U.S. and Cowell's Syco Records in Britain, they released an EP, Better Together, in October 2013, with the acoustic Spanish versions (Juntos and Juntos Acoustic) and a remix album following a month later. Their debut single, "Miss Movin' On," was the highest-charting U.S. X Factor single at the time. The group's debut album, Reflection, was released in early 2015, and included the hits "Sledgehammer" (written by Meghan Trainor) and "Worth It," featuring rapper Kid Ink. The album debuted at number five on the U.S. Billboard 200, eventually reaching gold certification status. Also in 2015, they embarked on their first headlining tour. Away from Fifth Harmony, Jauregui began building her solo career. In 2016, she was featured on Marian Hill's single "Back to Me." The following year she paired with Halsey for the track "Strangers," off the singer's sophomore album, Hopeless Fountain Kingdom. She then joined Steve Aoki on his track 'All Night," off his album Neon Future III. Also in 2017, she rejoined Fifth Harmony for the group's sophomore set, 7/27. Named after the date that the group was officially formed during their time on The X Factor, it featured production from studio hitmakers including DallasK, Stargate, Kygo, and others. The album debuted at number four on the Billboard Hot 100 chart, and spawned the singles "The Life" and "Work from Home," featuring Ty Dolla $ign. Following the album's release, Cabello left the band and Jauregui and her remaining Fifth Harmony bandmates forged on as a quartet. They returned in the summer of 2017 with the eponymous Fifth Harmony. The album was heralded by the single "Down," featuring rapper Gucci Mane. Also included on the album was the Skrillex and Poo Bear-produced single "Angel," as well as productions from Ammo, DallasK, the Monsters & Strangerz, and others. After touring for the album, Fifth Harmony went on indefinite hiatus and Jauregui shifted focus to her solo work. In 2018 she issued her debut solo single, "Expectations." She also hit the road as the opening act on on the Latin American leg of Halsey's Hopeless Fountain Kingdom tour. ~ Matt Collar, Rovi