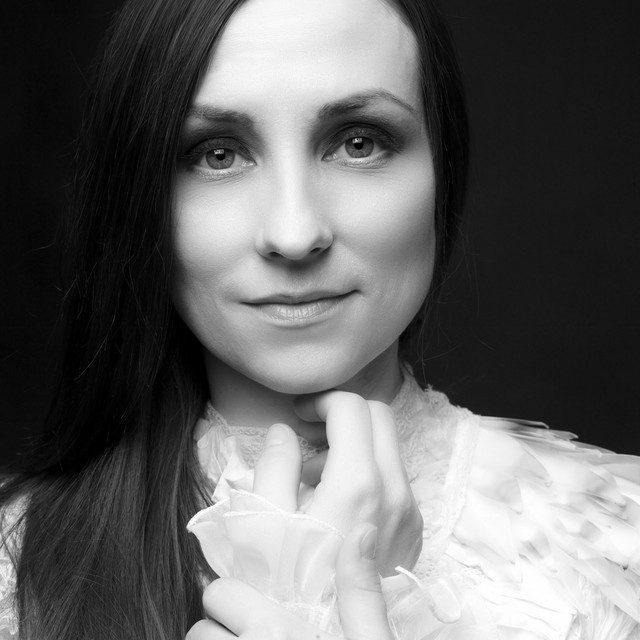 Appreciation for her new album 'alterum' (released 27.10.17) 'Unusually beautiful with a very theraputic and calming shroud that gently ushers the demons away after a hard day' ★★★★★ fRoots ‘Truly outstanding songs’ Living Tradition ‘alterum is, quite simply, an album of the most beautiful music' Folk Radio UK Julie Fowlis is a multi-award winning Gaelic singer who is deeply influenced by her early upbringing in the Outer Hebridean island of North Uist. With a career spanning over ten years and five studio albums, her ‘crystalline’ and ‘intoxicating’ vocals have enchanted audiences around the world. Nominated as ‘Folk Singer of the Year’ at the 2015 BBC Radio 2 Folk Awards and ‘Best Artist’ at the Songlines World Music Awards 2015, Julie is a warm and engaging live performer who has graced stages around the world, from village halls in the Highlands to stages in New York, The Philharmonie de Paris and Shakespeare’s Globe in London.

She sang live at the closing ceremony of the Ryder Cup in Chicago in 2012 to a TV audience of 500 million, an event that was only eclipsed by singing live at the opening ceremony of the Glasgow XX Commonwealth Games in 2014, to a TV audience of over 1 billion people. She will forever be recognised for singing the theme songs to ‘Brave’, Disney Pixar’s Oscar, Golden Globe and BAFTA winning animated film, set in the ancient highlands of Scotland. A worldwide smash hit, the song ‘Touch the Sky’ was long listed for an Oscar nomination in 2013.