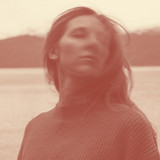 Rising from the Norwegian singer/songwriting-tradition; a girl and a guitar and what has come to be a unique mix of American roots and indie. During three years in Boston, roots music slowly grew upon Eli Gauden and has follower her back to Norway. Today her music varies from raw Delta-blues covers to heartbreaking Americana ballads. By combining the honesty and complexity of her own stories with the simplicity of the roots, she expressed the darkest emotions with an angel-like touch and pulls the listener in. ​ "We can't get enough!.”wrote Gas Mask Magazine after Eli's latest release. A statement many can agree on. Eli has a grace and naturalness on stage which makes you feel like she absolutely belongs in the venue. Eli has played festivals and shows in the US, south Europe, and she's now centered on the Norwegian music scene. She has released two EPs, and several singles. Her lastes release, Cottonheart, received a beautiful review in national newspaper BT. "....en distinkt lyd som føles intim og ærlig. Mot det minimalistiske arrangementet av låten, med sparsommelige, hviskende gitarer og et og annet elektronisk element, føles Gaudens røst både sart og direkte...."