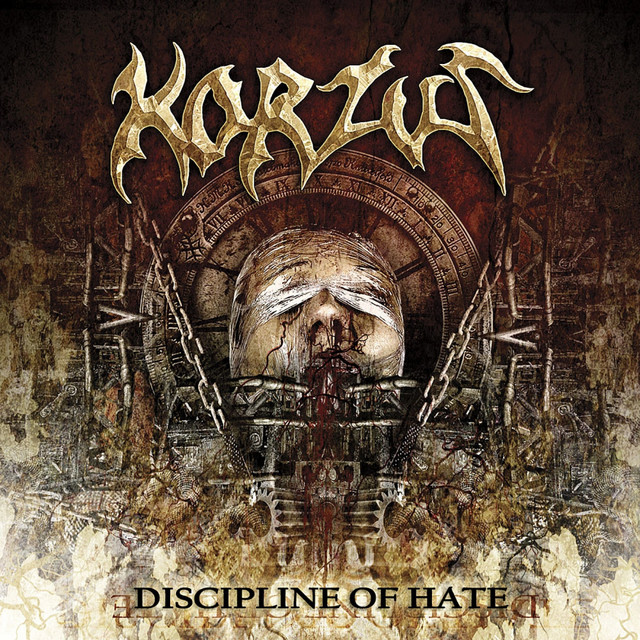 With the collapse of its long-reigning military dictatorship in the mid-'80s, Brazil saw a bustling rock & roll scene -- previously repressed and considered subversive even -- explode into action. Among the thousands of new bands forming around the country, heavy metal quickly developed champions in every major city. Rio de Janeiro boasted early pioneers Dorsal Atlantica, Belo Horizonte had the mighty Sepultura, and the megalopolis of Sao Paulo had Korzus. Early on, the band showed just as much promise as eventual superstars Sepultura, even though they chose to sing their lyrics in Portuguese instead of English; but a series of misadventures and one crippling setback soon derailed their dreams of international stardom. Korzus was formed in 1983 by singer Marcello Pompeu, guitarists Silvio Golfetti and Eduardo Toperman, bassist Dick Siebert, and drummer Maurício Brian. At the time, Brazil's youth were still trying to catch up to international trends as the country continued to transition from dictatorship back to democracy. The landmark Rock in Rio Festival (which served as that generation's full-blown national catharsis) was still two years away, and record contracts were extremely difficult to come by for all but the most conventional of pop acts. Needless to say, an aggressive heavy metal band like Korzus could only hope to play the occasional club gig while trying to survive in utter obscurity as the group waited for some or any opportunity to come their way. This opportunity finally knocked in 1985 when the band was asked to contribute two songs to the watershed SP Metal II compilation, of which they were clear standouts. Still lacking the funds or a record deal to pay lofty studio fees, Korzus scraped together enough cash to record a few live dates, which they used for their debut, 1986's Korzus ao Vivo. Toperman and Brian quit shortly thereafter, but new drummer José Mauro "Zema" joined in time for 1987's sophomore Sonho Maníaco album, only to commit suicide later the same year, leaving bandmembers in a state of shock and Korzus in limbo as they recovered from the blow. Korzus eventually regrouped and returned to both stage and studio with a vengeance, releasing arguably its finest and certainly most professional album in 1989's Pay for Your Lies. Their first fully English-speaking effort, it also featured new drummer Roberto "Betão" Sileci and second guitarist Marcello Nicastro. By this time, Sepultura had crossed oceans to achieve worldwide stardom, Brazil had been integrated into the touring circuits for most international superstars, and interest in the increasingly stagnant local metal scene had waned significantly. But Korzus was just reaching its peak potential, issuing another critically acclaimed LP in 1991's Mass Illusion, even as lead guitarist Silvio Golfetti was called into replacement duty for an injured Andreas Kisser during Sepultura's European tour. The rest of Korzus would soon follow suit, as the band undertook its first international trek a few months later, including an emotional stop at London's legendary Marquee Club. The thrill of playing overseas was all they brought back home, however, and the band would go on a long hiatus before finally re-emerging with 1996's KZS album. By then, numerous drummers had sifted through their ranks (including future Angra sticksman Ricardo Confessori) before the arrival of Fernando Schaefer, and Nicastro had also left the group and been replaced by guitarist Marcelo Nejem. 1998 saw Korzus (armed with yet another new guitarist, Heros Trench, and drummer, one Rodrigo) playing alongside early day heroes like Slayer and Megadeth at the Sao Paulo stop of the Monsters of Rock Festival; in 2001, five of the songs performed that day were released as part of the Live at Monsters CD. ~ Eduardo Rivadavia, Rovi