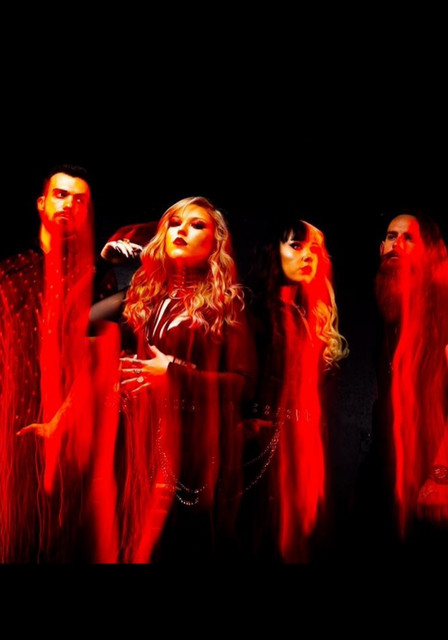 Hazen is a female fronted alternative metal band from Gilbert, Arizona formed in 2017. They combine a heavy groove with eerie eclectic powerhouse vocals to create a reminiscent sound with a modern and unique twist. Some of their influences include Sevendust, Alter Bridge, Halestorm, and In This Moment. Hazen released their debut EP “Undone” on May 19th, 2017 and recently recorded and released their latest EP entitled “This House” on April 6th, 2018. Since releasing “This House”, Hazen has gained the traction and attention of thousands of fans ranging from across the United States and Europe including being featured in Arizona’s largest press company AZ Central. Hazen has played with bands like Xandria, Kobra and the Lotus, Once Human, Letters from the Fire, September Mourning, Powerman 5000, Hail Sagan, Rivals, The Scars Heal In Time, New Years Day, Stitched Up Heart, Gemini Syndrome, Adelitas Way, etc. Although Hazen is a recent formation, they have already received a great deal of positive feedback and is looking at a very promising future. Hazen is made up of singer Kayla Hazen, Guitarist Dillon Mills, Drummer Dwight Dixon, and Bassist Robbie Daze. Their debut EP "Undone" and recent EP “This House” were produced by Hiram Hernandez of Earth Says Recordings in 2017, and 2018.