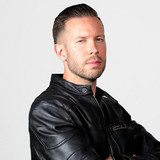 FreddeRico aka Mr. Global Citizen is a Swedish music artist from Lund and with over 23 years he has created an ongoing musical canvas to reflect the passion for music productions to songwriting and vocal harmonies. His emotional inspiration is pop, R&B and hip-hop but he doesn’t confine himself into an artistic box for the status quo fans. FreddeRico has released numerous singles both under the record label PbP Inc but also as an indie artist. The biggest record so far is "Don't Go" that racked up more the 1,4 million unique streams on YouTube and Spotify. FreddeRico has participated on mixtapes alongside artist like Chris Brown, Kanye West, Lil Wayne, Beyoncé, The Game, Jadakiss, Talib Kweli, Freeway, and many others. In 2017 a vocal injury occurred that stop him from singing and to barely speak. This forced him into a rehabilitation hiatus for more than a year. He took the incident as a blessing in disguise to work and upgrade his musicality, build a proper recording studio and learn new instruments. FreddeRico’s mixing and mastering skills started being sought after from various artists and bands, but better yet he found his musical sound as an artist, songwriter and producer during this time. Now FreddeRico’s back to offer music lovers and fans a new begin and put an end to the past. Join the music journey of FreddeRico constantly processing to bang out songs that will effect your mode.