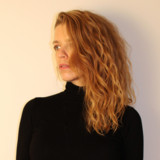 On Threshold, her newest album out July 16 2021, Debra-Jean has surrounded herself with a supportive cast of creatives who make her feel her most free. “I've been fortunate to get to know so many amazing artists over the past two decades. Looking back, I can see that I was sort of subconsciously taking note of who I wanted to work with in the future”.

Her main collaborator on Threshold is Joseph Hirabiyashi (Jo Passed), a fellow Vancouver Community College music school alumni who produced, engineered, and mixed the album. The album heavily features string arrangements from Hirabiyashi, James Meger (bassist/co-producer), the Zubot brothers Jesse and Josh, along with performances by long-time friends Molly Guldemond (Mother Mother), Louise Burns, and Peggy Lee (Cello). But the focal point is unapologetically Debra-Jean's voice. It would be remiss to not talk about the history and influence of one of Debra-Jean's first projects, the incomparable indie-rock misfits Mother Mother who have recently found themselves with a multitude of new fans thanks to TikTok. Interestingly, it is their earliest songs that seem to have caught fire, of which Creelman was an integral part of along with the Guldemond siblings, Ryan and Molly. The makings of those early Mother Mother recordings found Debra-Jean and her cohorts so innocent and fresh that they weren't yet playing from anyone else's rulebook, and the full-circle creation of Threshold sees her coming from that same place.