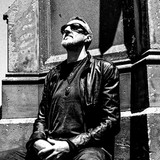 Steve Hughes, known to the world for the last two decades as the cutting edge stand up comedian who pulls no punches when it comes how he sees the state of current events, was one of the leading lights of the early heavy metal scene in Australia. Way back in '82, a bunch of rag tag metalheads from the Western Sydney wastelands began to communicate with the rest of the world’s emerging metal scene. They were the first. Steve was at one time a penpal with arguably one of black metal’s most iconic figures, Bathory’s Quorthon! Although anyone who is a fan of Hughes knows the two are inextricably linked. Heavy Metal Comedy was the name of one of his official comedy releases after all, but the themes in Steve’s comedy have always been aligned with some of those that are deeply rooted in heavy metal lyrics. Tyranny, globalism, oppression, the NWO, you know, all the good conspiracy stuff. Go watch another of his stand up releases Conspiracy Realist for more.