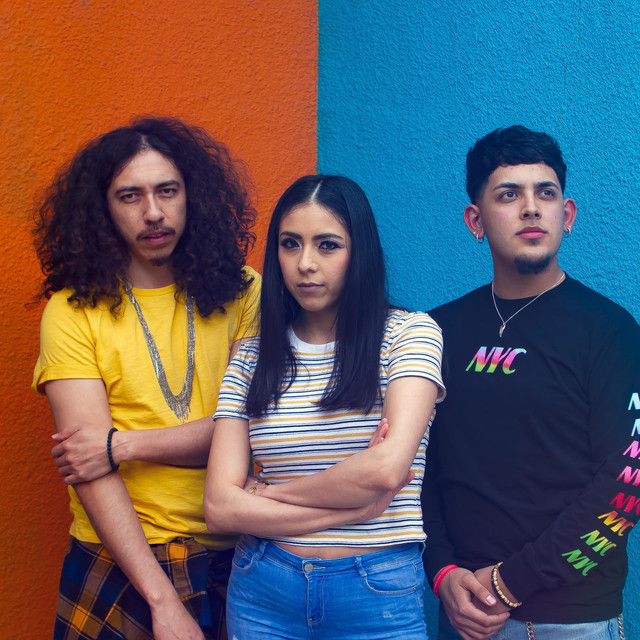 iZCALLi makes the kind of music you leave home to: melancholy folk phrases lashed to driving beats that pin the pedal to the floor - that Molotov of nostalgia and exhilaration, the immigrant song. It's a feeling iZCALLi - named for the Mexican birthplace of member-siblings Miguel (lead guitar/vocals) and Brenda Avina (bass) and the Nahuatl word for rebirth - knows well. Born on both sides of the border (drummer Luiggy Ramirez hails from Colorado) and formed in the Denver over twelve years ago, iZCALLi has, over the course of four LPs and a thousand shows, swigged its evolving sound from both wells of tradition, from Latin-tinged echoes to punching rock to filthy blues, in English and in Español. The result is a loyal flock of fans of every color, from every background, rich or poor. The result is RETI=Rock En Tu Idioma, a community for making rock in Spanish, the music of the melting pot, which is deeply American and knows no frontiers. This is iZCALLi's appeal: the kind of music that makes you leave home and return, exhilarating live shows that celebrate tradition and kin, that unite what you find with what you left behind, and open the heart, so you know you are home.