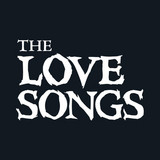 Love Songs have been touring in fits and starts since their inception in 2000. Pulling from influences as varied as King Diamond, SNFU and “Weird Al” Yankovic, the band has enjoyed being confused for a punk, thrash, lite rock, hardcore, indie trash, folk, and/or metal band. Knowing full-well it was a terrible band name, Love Songs called themselves “Love Songs” to keep audience expectation low before punishing them with whatever genre they felt like delivering. “Love Songs” recently added “The” to their name to become “The Love Songs” which was a huge step towards making them almost Google-able. Led by Craigums, aka Air Guitar World Champion Hot Lixx Hulahan, the band have five out-of-print full-length releases (thanks in part to their 175k followers on Facebook - or maybe because both Dionne Warwick and Elton John have albums titled “The Love Songs"). Alongside him is Bradley, the Ulrich to Craigums‘ Hetfield (or in terms of size, the Hall to his Oates) and has been Craig’s sidekick(drum) since the early 90’s, 10 years before this band even existed. Some years later, a veritable thrash-riff encyclopedia named Frank left his post in bands like Degenerics and Star Fucking Hipsters to take on the lead guitar. Shortly thereafter Salem, the Lebanese pharmacist, was welcomed as the new bassist despite his inability to fix the band's van’s radiator.