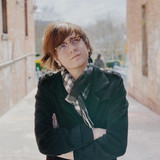 Alex Owens (born January 23rd, 1997) singer-songwriter, guitarist, and producer. He was born in Houston, Texas, and raised in nearby Dallas. After his independent release of the Count To Three! EP in May 2016, he was signed to We Are Triumphant, which re-released his first EP getting coverage on Alternative Press' "11 new songs we bet you didn't catch this week". On March 9, 2018 “Orchid” was released. Follow Alex's social media @alexowensbtw www.alexowensmusic.com