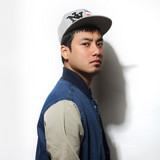 Are you an Indian and yet people find it difficult to associate you like one? This question may sound strange to most of us, but certainly not for those of mixed race. Well, this confusion over his ethnic identity is exactly what prompted Odisha-born Samir Rishu Mohanty aka Rapper Big Deal to get into the world of rap and express the agony of his distorted sense of belongingness. Born to a Japanese mother and an Indian father, Samir was keen on being a rapper ever since American rapper Eminem hit the charts with his song “8 Mile”, inspiring legions of fans across the world. It was more so for Samir because it provided him with the much-needed and unique outlet to raise his voice against the discrimination he faced because of his mixed race. Samir was born in Puri and raised in Darjeeling, and was often mistaken for a North-Eastern because of his facial structure. Rapper Big Deal is a renowned name in the Indian Hip Hop scene. He has several accolades to his name, such as: Verve Magazine Fresh List 2018, Radio City Freedom Best Hip hop artist 2016, Sennheiser top 9 artist in India, Renault Free the music contest winner. He continues to inspire millions of listeners and build his own legacy in the process.