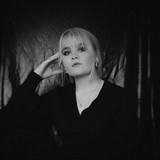 Although she looks 15 years old, Zoe is a 22 year old Londoner with a heart for speaking out against injustice and subjects such as loneliness and anxiety through her music. Drawing inspiration from artist such as FINNEAS, twenty øne piløts, half•alive, Wallows and Billie Eilish, Zoe’s musical offerings sit in the balance between lyrical depth and catchy melodies. In the past Zoe has worked with Ashley Bates, band member and producer of the folktronica band @Tunng, who produced her first three singles. ‘Acceptable Hell’ is a cathartic and often heartbreaking single. - CLOUT ‘Self-Talk’ is brilliantly powerful. - When The Horn Blows You can find Zoe on TikTok @zoewakelam. www.zoewakelam.com