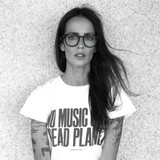 Spanish songwriter/singer artist Vega was born in Cordoba, Spain, on February 18, 1979. Her visibility started thanks to a pop music competition TV show but Vega began performing publicly as early as age 14, playing in bars accompanying herself on guitar. Vega decided at the beginning of her solo recording career that she would not be swayed by public opinion nor by record label pressure. Her first record, called "India", was released in 2003. Nearly three years later came "Circular" with Vega's name in the writing credits for ten out of 12 tracks. In 2009, she changed producers to Sebastian Krys and wrote all the songs for her third album "Metamorfosis"; it became a popular success, selling over 25,000 copies in her native country alone. Her Album "La Cuenta Atrás" followed in 2011, also written entirely by her, and for which she got her first Latin Grammy nomination for "Best Pop-Rock Album". In 2013 Vega founded La Madriguera Records, her own Independent Record Label, and published "Wolverines", that brought along her second Latin Grammy nomination as "Best Pop-Rock Album"; she co-produced it with Krys, and collaborated with artists including Raphael, Carla Morrison, or Arturo Sandoval. Vega

released two albums between 2017 and 2018. First came "Non Ho L'Età", a tribute to The Italian Song recorded in Hollywood and where she collaborated with Elvis Costello in one of its tracks. In 2018 came "La Reina Pez", her sixth album of new material, this time recorded in Berlin.