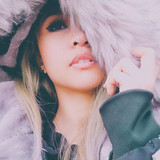 Official Site: JanelNabong.com // Janel Nabong is an Indie American singer-songwriter, composer, and producer. Her music deals heavily with topics surrounding mental illness, personal struggles, and personal growth. The young artist started playing piano at the age of three, and was playing guitar and singing by fourteen. She started creating music by herself in her bedroom, and later started growing an international following with her mix of synth pop, electronica, hiphop and alternative rock. She got her start posting cover songs on Youtube, which soon evolved into regular music live stream performances on her YouTube channel which has over a half million views, and on Twitch. She later started working with Rick Barker, former manager of Taylor Swift, and earned endorsements from top level music industry insiders such as celebrity vocal coach Brett Manning, former vocal coach of Taylor Swift, Leona Lewis, Miley Cyrus, Keith Urban, Hayley Williams from Paramore, and many more. With her songs often talking on subjects like struggle and mental illness, her vision is to help and relate to others who are going through tough times themselves. She notes that music is one of the only places she can truly express herself and share her innermost thoughts and feelings with the world. ** Releases: "Hear Me" - March of 2019,