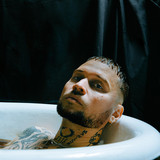 Unge Ferrari came out of nowhere with his hit single Hvis Du Vil (Med Tomine Harket) followed by his critically acclaimed debut album Til Mine Venner in 2015, and got amazing reviews from every major news outlet in Norway. The album was described by critics as uncomplicated but catchy, impressive and real, and the debut also got him his first nomination to the Norwegian Grammys as well as to the award show hosted by Norway’s largest radio station. His single Lianer became a smash hit, and dominated the charts for months.   In 2016 he once again joined forces with Tomine Harket for their highly successful EP Hva Er Vi Nå // H.E.V.N. // featuring the lead breakup-single Nostalgi 3Millioner.   Since then, he has accomplished a number of milestones, such as several gold and platinum plaques, his singles such as Ashanti roaming the charts, having an attendance record in the audience of his show on Øya festival, as well as selling out one of Norway’s biggest indoor arenas, Oslo Spektrum with partner-in-crime Arif on the finale of their BBB tour.   His latest project MARS, which features Karpe Diem and Arif went straight to the top of the charts for several weeks.   He creates music that draws on all of his influences but still comes out his own, and he has taken the classic RnB sound and upped the ante with his futuristic 808-beats and melodic style, which brings the listener in for an adventure only he can express through the music.