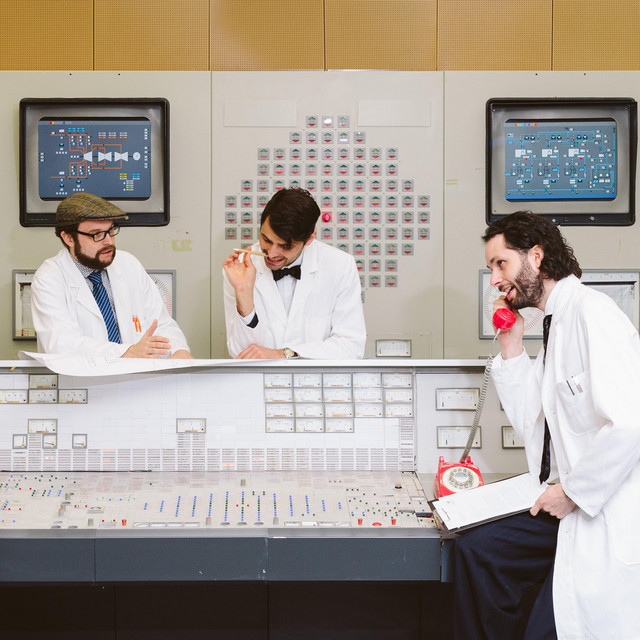 The marvelous city of Vienna has seen legions of talented musicians. Unfortunately, it has never been regarded as a rock'n'roll city. Eventually, a change is gonna come as THE WEIGHT indeed seem to have arisen from a distant place and a different time. Consequently, their first full length and self-entitled debut album shows little respect but a whole lotta love for all the legendary predecessors. But whereas other bands struggle to maintain originality and imagination THE WEIGHT provide us a surprisingly solid and convincing collection of well carved and beautiful songs. Whoever has the pleasure of immersing into the sound of THE WEIGHT either gets hooked on a driving and seductive groove machine or placed in a rather gentle and meditative mood. While the band introduces their music as HEAVY RHYTHM AND ROLL we definitely call it rock’n’roll in its finest and purest form. During the past years THE WEIGHT have been touring and therewith extensively gained a reputation as a breathtaking live act for their splendid performance marked by a showy magnificence. One could rightfully claim that they have taken the hearts of their fans by storm as they have already supported many great and legendary artists like Foreigner, The Boss Hoss, Bastille, Blues Pills, Uriah Heep, Manfred Mann’s Earth Band, Rival Sons and Ten Years After and many more. THE WEIGHT: TOBIAS JUSSEL – Lead Vocal, Organ, Piano MICHAEL BÖBEL – Electric Guitar PATRICK MOOSBRUGGER – Bass ANDREAS VETTER – Drums