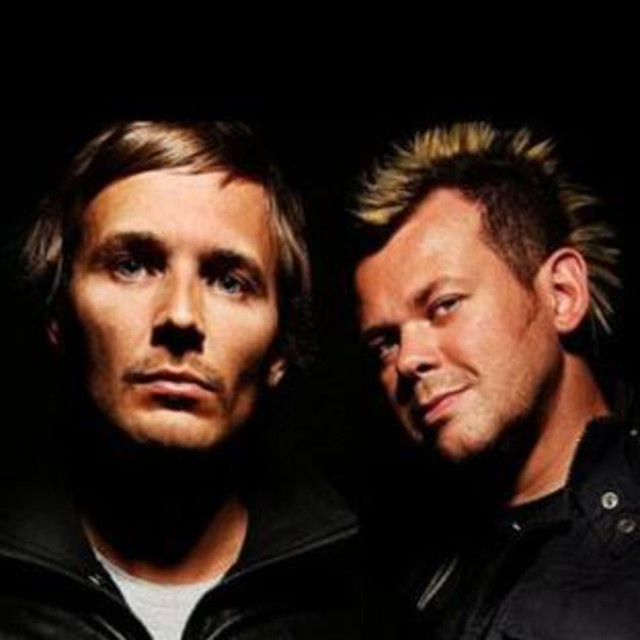 British electronic dance duo Bodyrox, comprised of Jon Pearn and Nick Bridges, scored a worldwide club anthem in 2006 with "Yeah Yeah," which was released in an array of mixes targeted at different dance markets. While it's no doubt their best-known venture, Bodyrox is just one of other production partnerships between Pearn and Bridges, who also have released music as Pearn & Bridges and Another Chance. No strangers to fame, Pearn and Bridges were individually successful prior to their fruitful partnership. Pearn was an accomplished producer/remixer whose credits date back to the early '90s. Most successfully, he teamed with Michael Gray to form Full Intention, a leading British house production/remix act that established itself in 1994 with a popular remix of Duke's "So in Love with You." A long list of hit productions followed for Pearn as a member of Full Intention, including "America (I Love America)" (1995), "Uptown Downtown" (1996), "You Are Somebody" (1996), "Shake Your Body (Down to the Ground)" (1997), "Everybody Loves the Sunshine" (1998), "(Do The) Spanish Hustle" (1999), "I'll Be Waiting" (2001), "What Do You Want?" (2002), and "Your Day Is Coming" (2003), along with an even longer list of remixes, including high-profile ones for Mariah Carey ("Through the Rain"), Whitney Houston ("Whatchulookinat"), George Michael ("Amazing"), Brandy ("Full Moon"), Christina Milian ("Dip It Low"), Junior Jack ("E-Samba"), Masters at Work ("To Be in Love"), Ultra Naté ("Free"), and Jamiroquai ("Cosmic Girl"). While Pearn's work with Full Intention established him as one of the leading lights of the British house scene during the mid- to late '90s and early 2000s, Bridges was busy establishing himself as a leading house DJ. He began DJing in 1992 and ultimately became affiliated with the London superclub Ministry of Sound in 1998. From 1999 to 2005 he was a touring resident of the club, and from 2002 to 2005 he was also a London resident. He also hosted his own radio show on Kiss 105 (Vibe FM) and helmed several mix albums in Ministry of Sound's double-disc Housexy series (Autumn 05, 2005; The Sounds of Playboy, 2006; Sounds of Summer, 2006; Spring 2006, 2006). After meeting in Ibiza in 2003 and agreeing to forge a production partnership, Pearn and Bridges made their debut as Pearn & Bridges in 2004 on Seamus Haji's Big Love label with Ruff Beats, followed by Street Price (2005) and Give It All You Got (2006) on their own label, Juki Records. In 2005 they debuted as Bodyrox with "Yeah Yeah" on the Eye Industries label. Originally fashioned as an electro track, "Yeah Yeah" was subsequently reworked, with both a "Club Mix" by D. Ramirez and a "Pearn & Bridges Dub" rivaling the popularity of the original mixes. The dub was licensed by Sander Kleinenberg for his mix album This Is Everybody! On Tour (2005) while the D. Ramirez remix became an anthem, featured on approximately two dozen mix albums in 2006, not to mention endless club spins, especially in Ibiza. The runaway popularity of "Yeah Yeah" led to a major-label licensing arrangement with Universal Music Group in 2006, along with a radio edit and vocal version (featuring Luciana) of the D. Ramirez remix. In the wake of "Yeah Yeah," Pearn and Bridges crafted a Bodyrox follow-up, "What Planet You On?" (2007), also featuring vocalist Luciana, for major-label release. They also began producing tracks under a new moniker, Another Chance, beginning with "Sound of Eden" (2006) on Phonetic Recordings. The track was reworked the following year as "Everytime I See Her (Sound of Eden)" for major-label release on Positiva/EMI. ~ Jason Birchmeier, Rovi