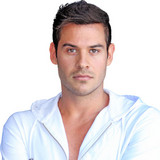 Xkuse has always been passionate about music since the early years of his life. He discovered his production skills in the tender age of 14 and immediately started building his studio and making edits and mashups. Production-wise, throughout the years, he made many remixes for big names such as Tiesto, Hardwell, Alicia Keys to name a few. Xkuse wanted to showcase his music and started djing in many famous venues in Greece and abroad mastering his craft until today. He embraced the idea of becoming an international Dj and moved to Miami to sign a record deal to release his first album and performed since then to many clubs and festivals in the U.S. Xkuse is best known for being the party starter and awesome performer no matter where he is. You will find him in the studio or behind the dj booth as he is always busy trying to make people smile and dance with the best tunes available!