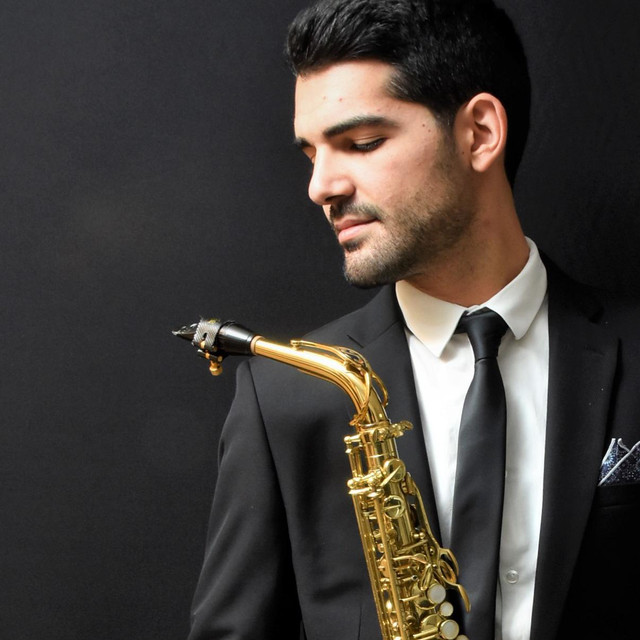 Manu Brazo is a young Spanish saxophonist who has established himself as one of his generations most versatile young musicians. At ease on the stage, he is often praised for his unique sound and virtuosity as well as having the ability to have a close and intimate relationship with his audience. Over the last few years, Manu has been a regular recitalist at British and international music festivals such as Leeds International Concert Season, Tetbury Music Festival, Newbury Spring Festival, Aegean Arts Festival in Crete and Risor Kammermussikkfest in Norway. He has also given solo performances at the Royal Opera House, Victoria and Albert Museum, St Martin in the Fields, King’s Place. Since being a BBC Introducing Artist he has been a regular guest on Radio 3’s In Tune. Last summer Manu, accompanied by pianist Bryan Evans MBE, was invited by promoters Live Nation to be the opening act for Sir Cliff Richard at Greenwich Music Time Festival and to open ‘Downton Live’ at Highclere Castle to audiences of around 12,000 people. Manu made his concerto debut in the UK with the Guildford Symphony Orchestra in 2016 playing the Glazunov Saxophone Concerto and the following year he performed Tansy Davies’s Saxophone Concerto with the London Sinfonietta. He has also played with the London City Orchestra, RCM Philharmonic, Orquesta Betica de Camara and Orquesta Filarmonia. www.manubrazo.com