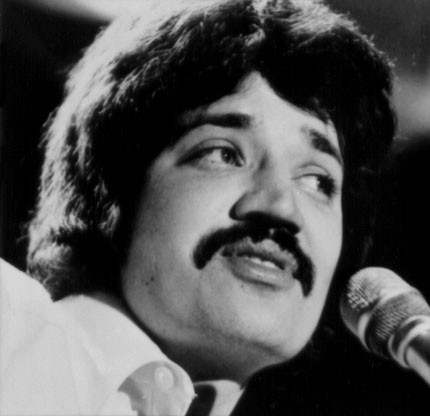 Listening to Peter Sarstedt after his heyday, listeners might think he was the creation of some TV movie producer who tried to build a story around a character based on Donovan and only got it 25% right. Sarstedt recalled Donovan, and to a slighter extent such other British pop-folk singer/songwriters of the era as Al Stewart and Cat Stevens, with his lilting phrasing and earnest ambition. And if you thought Donovan's production could be overly pop-conscious, Sarstedt's arrangements were a far more determined admixture of wordy lyricism and bouncy commercialism, their brassy orchestrations often sounding like juiced-up refugees from easy listening sessions. Sarstedt actually had a surprising musical pedigree, in that he was the sibling of early-'60s British teen idol Eden Kane. He was born in New Delhi, India, to Albert and Coral Sarstedt, both in the civil service in what was still a British possession in 1942. The following year, his parents moved the family to Kurseong near Darjeeling, in the shadow of Mt. Everest, where Albert took over the management of a tea plantation. Sarstedt was one of six children and, like his siblings, was educated at boarding schools favored by the British living in India for much of his childhood. From the time he was five years old, the family relocated to Calcutta, and later -- amid the turmoil and uncertainty following independence in 1947 -- the family finally moved to England in 1954. Albert Sarstedt had passed away during the extended preparation for the relocation, and it was a truly new existence that they began in South London that year. Sarstedt's older brother Richard -- who had seriously entertained notions of studying architecture -- soon found himself sidetracked into music. Pop music was starting to undergo a decidedly youth-oriented boom around this time, with the advent of the skiffle explosion, followed by the new American export, rock & roll, which arrived in England in a serious way in 1955 with the release of "Rock Around the Clock" and the movie The Blackboard Jungle, and grew exponentially the following year, with the first of Elvis Presley's releases in the U.K. Richard Sarstedt was a serious Bill Haley fan, in addition to being a natural (and highly proficient) guitarist, and by 1957 he'd organized his own skiffle band, which included Peter Sarstedt and younger sibling Clive Sarstedt. As the Fabulous Five, they played lots of local clubs and coffee bars, gaining experience and honing their sound, so that by 1961 Richard Sarstedt won a talent competition that got him a recording contract and a name change, to Eden Kane. Peter Sarstedt and his brother Clive continued to accompany their brother as members of his band throughout the early '60s. Clive Sarstedt, billed at one time as Robin Sarstedt, also recorded in his own right, at first as a musical protégé of Joe Meek, who produced his debut single (released credited to "Clive Sands"). He subsequently scored a hit in 1976, as Robin Sarstedt, with the song "My Resistance Is Low." Peter Sarstedt eventually gravitated toward his own musical interests and sound, which differed somewhat from those of his brother. He began writing songs in 1966, and although he keenly appreciated the pop side of music, he came at it from a much stronger folk influence. His first two singles, "I Must Go On" and "I Am a Cathedral," disappeared without ever charting in 1968. The combination of folk and pop paid big dividends in early 1969, however, when his "Where Do You Go To (My Lovely)?" went to number one in the British charts, and copped the Ivor Novello Award (sharing it with David Bowie's "Space Oddity"). A none too sympathetic portrait of a young Euro jet-setter set to a faux European waltz tune, it reached the top chart position in 14 other countries, but was only a tiny hit in the U.S. Sarstedt did manage another Top Ten single in his native U.K. with "Frozen Orange Juice" later that year. He also released a self-titled debut album that reached number eight on the British charts. Sarstedt's first two albums are some of the most peculiar relics of their time, with a brazen eclecticism that seems to be firing for acceptance in both the underground and AM radio formats. James Bond soundtrack brass here, mournful pseudo-classical bombast there, chirping bassoons, straight acoustic heart-on-the-sleeve folky guitars: all were fair game. After the 1980s, Sarstedt stayed very busy on the oldies circuit, playing on package tours with other fixtures of British pop music from the late '60s and 1970s. He continued to write and record material, and his classic sides received a boost in 2007 when "Where Do You Go" turned up in two movies by director Wes Anderson, Hotel Chevalier and The Darjeeling Limited. He stopped touring in 2010, but issued an album, Restless Heart, in 2013. Sarstedt died at his home in Sussex early in 2017. ~ Richie Unterberger & Bruce Eder, Rovi