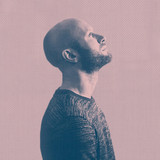 The award-winning, Manchester-born singer-songwriter has established himself as one of the more interesting songwriters on the London gig circuit playing both solo and with a full band. He performed at 12 festivals over the summer of 2017 including The Great Escape, Camden Rocks, Liverpool Sound City, Reverb Festival, Tramlines and Standon Calling. He also organises his own music festival and curated a great line-up of independent artists for 2017. The Festival is called Music Makers Festival (www.musicmakersfestival.com). Albert was featured on Best Of British Unsigned as “one to watch” for 2017 saying they “love Albert's sound”. This was swiftly followed up with him being chosen as their featured artist of the day twice and has been nominated for 'Best Unsigned Male' for their Unsigned Music Awards 2017. He has received airplay on BBC Introducing in London twice as well as having had tracks played on BBC Essex, BBC Leicester, FUBAR and Wandsworth Radio. He has also performed live multiple times on BBC Essex and as part of London Live’s music sessions. Albert is also a Fresh On The Net favourite having had tracks chosen by Tom Robinson's Fresh Faves five times now. Albert had a sold out launch at St Pancras Old Church for his 2017 EP ‘Nothing Of Nothing Much’ and the live recording has been released as a live album called 'Live At St Pancras Old Church'. His 2016 self-produced album 'Cheap Suit' won the 'Best Independent Album' award on the Alternative Friday blog.