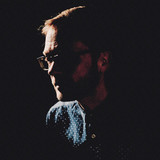 I have played the piano since I was 6 years old. In 1998 I graduated from The Royal Academy of Music in Aarhus, and have subsequently had a long career, where I have been part of bands, symphony orchestras, choirs, musicals and theatre concerts. As a musician, I wanted to try everything and keep all my options open. However, my desire to span many genres, personal insecurities and a calendar that was quite packed, caused me to lose the desire to play over the years. In 2013, I hit rock bottom and everything felt grey and indifferent. I started going into therapy and initiated a process in order to regain my motivation, enjoyment and vitality both for life and music. The result of this search is the album “Melancholy”. In different ways, it reflects some of my more “difficult” sides. As a human, I am inclined to be melancholy and depressed, and previously this had a strong presence. Through the compositions, I found that the music could reflect the same side of me, but in a more conciliatory and beautiful way. The album has been well received and has been Danish National Radio P8 Jazz album of the week September 13, I will release a new full album called "Short Stories". It features 16 solo piano tracks recorded on a fantastic Bösendorfer Concert Grand 280VC. For Cd's, digital download, newsletter and sheet music, just go to my website: www.jacobtrautner.com Photos by: Diluckshan Jeyaratnam, Stephanie Githa and Johan Klitgaard