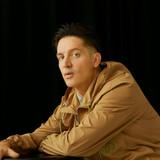 KDA's latest release, ‘The Human Stone’ feat. Angie Stone, received Annie Mac’s coveted ‘Hottest Record’ accolade and a write up from The Guardian whilst still in bootleg form and looks set to be the soundtrack to Summer 2019, whilst his EP, ‘Drip Feed’, exemplifies his underground roots. KDA draws from a diverse range of influences from Masters at Work and J Dilla, to Tame Impala, Maya Jane Coles. Debut track, ‘Rumble’, was the instrumental of summer 2015 and played at every club from Panorama Bar to Warung. KDA asked Katy B to write something for 'Rumble' just as Tinie Tempah spent that Summer free-styling over it, and so 'Turn the Music Louder (Rumble)' was recorded. The song went from ‘Hottest Record in the World’, to No.1 in the UK Singles Chart achieving platinum status. KDA’s second single, 'Just Say' feat. Tinashe, became an instant club classic, becoming the highest new entry on the Billboard Dance Charts, where it remained for a further 8 weeks. KDA’s ‘Hate Me' feat. Patrick Cash followed, one of the freshest sounding British house music record for years. The lyrics provide a lot more food for thought than your usual club banger becoming a mainstay in the record bags of DJs like Seth Troxler, Jamie Jones and Tiga. ‘Warriors’, his collaboration with Too Many Zooz, was reborn with the vocal talents of Grammy award winner Jess Glynne to form 'So Real (Warriors)'. KDA is also a prolific remixer with credits including Sia ft Kendrick Lamar, London Grammar and CHVRCHES.