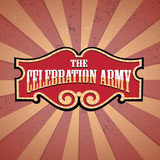 Rock & Roll is MIA.The term is less a genre and more a definition, paying homage to divey bars, late night affairs, cracked vinyl, torn denim and bloody fingers. Rock & Roll has transcended genre and become the working musician's badge of honour. When we do find an artist that still plays into the heart of what Rock & Roll once was...we’ve truly found gold.   The Celebration Army is taking back the night and breathing new life into the roots of the most inspiring genre of our generation. Harkening back to the golden ages of classic rock but with a contemporary edge, the band infuses infectious hooks with a stylistic breadth of rock, soul and blues. Ugly grimaces of funk, delicious guitar licks and crisp rhythm that justifies sweating through torn jeans and cocktail dresses.   Riffs reminiscent of sounds that inspired an entire nation throughout the 1970s with soulful vocal melodies and harmonies straight from Detroit basements and Kentucky roadside dives. The music casts vivid imagery, earning the band placement in film and television releases. As songs like “They Call Me Jesus” draw in listeners from the back of the bar to the heat of the dance floor, tracks like “Black Blue Jeans” and “Hang It Up” set the venue on fire. Shows with acts like David Wilcox, The Trews and The Pack A.D. have helped establish the band's reputation as an electric and exuberant experience. 2018 will see tour dates across Canada and beyond following their debut full length release last March.