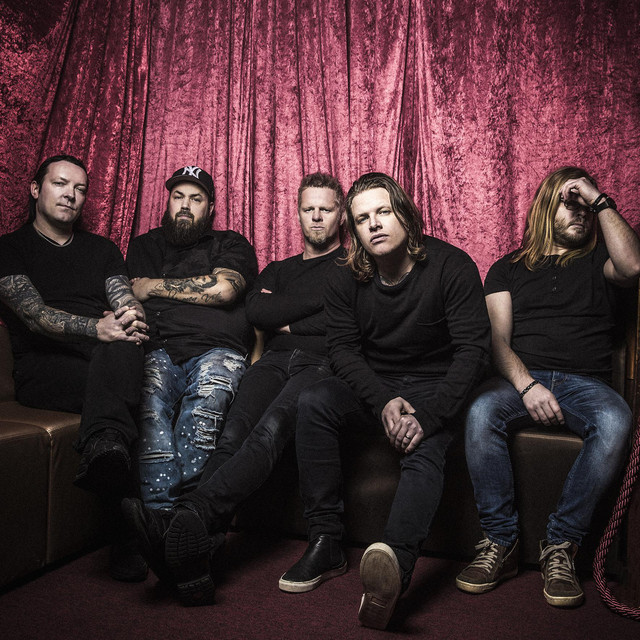 Takida are an English-language hard rock band from Sweden that experienced immediate success upon signing to Ninetone Records in 2005 after a half-decade of independent activity. Founded in Ånge, Sweden, in 1999, the band is comprised of Robert Pettersson (vocals, piano), Tomas Wallin (guitar), Mattias Larsson (guitar), Fredrik Pålsson (bass), and Kristoffer Söderström (drums). Not long after forming, Takida -- named after a character from the Japanese anime series Nagareboshi Gin -- recorded their first demo, the five-track Old (2000), followed later in the year by another five-track demo recording, T2. A few more demos -- Takida (2001), Gohei (2003), Thorns (2004) -- were recorded in subsequent years before the band was offered a recording contract in 2005 with Ninetone Records, a Universal Music Group affiliate founded by producer Patrik Frisk. Takida made their label debut in 2006 with a hit single ("Losing") and album (Make You Breathe) that peaked respectively at number two and seven on the Swedish charts. The band's second album on Ninetone Records, Bury the Lies (2007), proved even more successful, debuting atop the Swedish albums chart and spawning the hits "Curly Sue" and "Halo." Takida's third long-player, The Darker Instinct, was released in September of 2009. That year, they embarked on their first headlining tour in Sweden. The Burning Heart (Se7en Records) arrived in 2011, topping the Swedish charts and earning gold certification. A greatest-hits collection -- A Lesson Learned: The Best Of -- was issued in 2012. Their fifth official LP, All Turns Red, was released in 2014. By 2016, Takida set their sights beyond Scandinavia, signing with The End Records for the American release of their sixth album, A Perfect World, which included the single "Don't Wait Up." Working with Ryan Star, the group focused on a catchy, hook-driven sound. The album turned out to be their most successful yet, debuting atop the Swedish charts once again and racking up millions of online streams in the process. ~ Jason Birchmeier & Neil Z. Yeung, Rovi