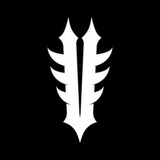 We are Victorius. A NWOBHM / Thrash inspired band hailing from Dundee and Glasgow. Starting in 2006, the band quickly made their way through the Scottish ranks, playing venues up and down the country and developing a solid fan base. In 2007 things really took off for the band and were invited to support acts such as 3 Inches of Blood, Skid Row, and Paradise Lost. The band have since played gigs supporting Oliver Dawson Saxon, Absolva and have recently played the Wildfire showcase gig in Blackpool. They have just released their debut 8 track album, ‘Rise From The Flames’. The band have a few more things in the pipelines for next year after the Pandemic settles down and look to build on their experience and aim to play more festivals, and take part in bigger gigs by forming headline shows, and supporting major acts.