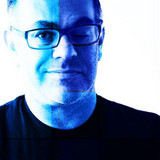 Music is transcendent. At its best, it is a way for us to be seen, expressed, healed and connected. Both as creators and listeners. Seattle based Electron Love Theory producer Jeff Leisawitz has been making music that taps into elements of spirituality, rhythmic waves and sublime melodies for over twenty years. With thousands of placements in film, tv and multimedia, Electron Love Theory won “Best Independent Electronic Artist in the World’ in 2000. Between ELT releases, and over a million streams later, Leisawitz produces independent artists from around the globe, helping them achieve an astonishing level of sound, style and truth in their creations. Electron Love Theory is music for the heart, mind and soul. *