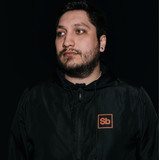 After many years of work and perseverance, Christian Hoffmann went on to be picked up by the UK bass label Sub Slayers, ran by former Kiss FM and Ram Records resident Jay Cunning. His first release Move It - EP received high praise throughout the scene which featured Spirit Song 2012, played by everyone from Paul Oakenfold to Sub Focus. Spirit Song 2012 was also used as the main piece in the Arcadia Spectacular show at festivals all over the world. Christian went onto release his debut album, Section Nine. It was a concept record that tells the story of a civilization that falls apart due to their dependence on technology and social networks. This opened many doors for him that led to releases on the prestigious Viper Recordings and Technique Recordings. It wasn't long until Futurebound snapped up Christian to release Toronto Is Broken's second album You Are (Not) Alone on the Viper Recordings. It tells the story of an individual’s personal struggle with depression and isolation, trying to find their place in a world that was collapsed in on itself after the events of Section Nine. It also featured some of Christian's most successful tracks to date such as Trying to Find Home, Aum & Remnants. Toronto Is Broken now runs his own label YANA Music, specializing in dancefloor drum & bass, a new home for his music , and is already finding success with releases such as In Your Soul / Care For You & Run Underwater.