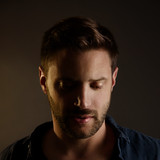 Sometimes, musicians hide away, and slither secretly. Songs pile up, attempts start buzzing, swarming until they become agitation. And then it's time to take flight. Things suddenly click and the transformation happens. Beryce hits the stage, seducing his zealous musician friends. It has to come out. His folk rock roots rise and take off, sounding much like Anglo Saxon tunes that were given wings by curiosity to border on American music. Beryce summons Ben Howard or John Butler, confronts Fink in his powerful bursts, and flirts with the Lumineers or Mumford and Sons. His voice emerges from the ground to offer joyful generosity, reminiscent of Damien Rice for his sensitiveness, through flawless mastery. Beryce uses its Canadian peregrinations, where he lived for two years, to form a delightful melting pot. Distant territories have never seemed so familiar. His songs capture capsized moments, narrate sensory encounters deeply rooted, then take a step backwards in search of acute senses. The acoustic sound punctuate his wanderings, inviting itself here and there. Violins and banjos humm under a well trussed brass section. The piano seems to hurry guitars for hasty rehearsals. Beryce is energetic, Beryce is from somewhere else, he is here with us ! His first single "Show me" already brought him victory in the springboard of RTL2 radio in the pop / rock category. He played at the international Printemps de Bourges Festival in Spring 2019.