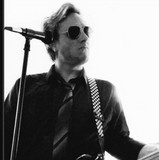 Kirk Johnston is a guitarist, vocalist and songwriter from Texas, and the co-founder of the 90’s rock band Snowblind Revival. His EP Full Circle was produced by multi-platinum guitarist and songwriter, Mark Younger-Smith, of Billy Idol's Charmed Life and Cyberpunk albums. Kirk and Mark developed a sound they refer to as “Electric Americana” while working on songs at Mark’s studio in Smithville, Texas, which the project would also develop into Full Circle (Deluxe Edition) full length LP. Kirk has performed at the Whisky a Go Go on the sunset strip, the iconic New York club CBGB's, The Cavern Pub in Liverpool England and continues to record and release music on various projects.