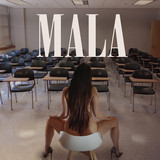 Mala Rodríguez is the baseball bat wielding voice of Latin Hip Hop. The Barcelona-based artist has earned unanimous praise for her socially minded lyrics and her unabashed on-stage persona. She was the first and only woman to ever win Latin GRAMMYs for Best Urban Album and Best Urban Song. Mala Rodríguez has toured globally and has collaborated with an eclectic range of artists. Her extensive catalogue has garnered her a multitude of fans, including Barack Obama, who included Mala in The President's Summer Playlist: Day Spotify playlist. <br>