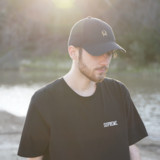 Introduced to electronic music at 14-years-old on a walk home from school, DJ and producer Kaizen became addicted to the genre. Kaizen, Japanese for “continual improvement” and “change for the better,” has since been writing and producing –pooling inspiration from anime, movie scores and video game franchises such as Kingdom Hearts and The Legend of Zelda, to establish a distinct sound that plays on his day-to-day interests and speaks to his character. Since the release of his first single in 2014, Kaizen has garnered an impressive following and reaction – winning the Insomniacs Discovery Project, gaining attention from dance music influencer MrSuicideSheep on social media platforms, landing a slot in his first festival line up and amassing over two million streams on Spotify. He recently signed with Caption Records and Circle Talent Agency and is working on creating new music for release in 2018. For more info about Kaizen, visit www.KaizenOfficial.com.