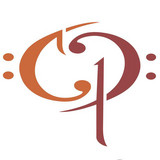 Founded in Cremona in 1993 by Antonio Greco, the choir won First Prize at the Guido d'Arezzo National Competition in 1998 and went on to distinguish itself in other contests, including the 2014 1st edition of the “London a Cappella Choir Competition” promoted by Tallis Scholars' Peter Phillips –

where it was the only Italian ensemble invited and selected among the finalists. It has participated in concerts and operas in many important festivals in Italy and Europe, alone and in collaboration with Greco's own Cremona Antiqua Orchestra (founded 2004) and various other top level ensembles, such as Ottavio Dantone's Accademia Bizantina, the Virtuosi Italiani under Radulescu, Marcon's Orchestra Barocca di Venezia, Dolce & Tempesta Ensemble, Orquesta Juvenil Universidad Nacional de Tucumán, I pomeriggi Musicali under Renzetti; and it sang in concert with the Tallis Scholars. With C. Boccadoro's Sentieri Selvaggi, it staged "Il sogno di una cosa" by M. Montalbetti (2014). It toured with Bonizzoni's La Risonanza for a Purcell's Dido and Aeneas production in Europe (recorded for Challenge Classics, 2016) and for the Messiah at the Halle Händel-Festspiele. It recorded Personé's Madrigals (2007), Mozart’s Requiem Mass K 626 (transcription of C.Czerny, Discantica, 2011); an anthology of Tebaldini’s sacred compositions (Tactus, 2012); symphonic arrangements of some de André's songs with the London Simphony Orchestra (Sony, 2011); Biagio Marini’s 7th Book of Madrigals (Tactus, 2018).