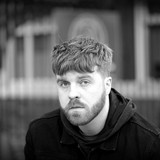 has been performing and writing music since the age of 3. After years of touring across the UK playing at some the most highly acclaimed venues and festivals, 2015 Evans burst out on to the scene with his first solo record ''Amongst The Masses'' 'That man knows his way round a guitar amplifier' ***BBC INTRODUCING*** Since then the 27 year old from the Midlands has built such a wide back catalogue of material there's no stopping him, highlight being the release of his debut EP The Punk Poet lending its ear to glam rock, vintage sounds and technicolour hues and his most successful single yet the anthemic '21 Candles' celebrating the legacy of Dudley born footballing legend Duncan Edwards. He has a wide range of influences, from The Beatles to Soul, Ed Sheeran, Tom Walker and Lewis Capaldi. The next release from this up & coming artist has been anticipated to be his most personal song yet, with powerful lyrics that will touch people emotionally...Losing My Mind Out 27.11.20.