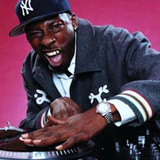 Rapper, DJ, and producer Pete Rock emerged in the early '90s as one-half of a rap duo with C.L. Smooth, later going solo and solidifying his place as one of the most acclaimed hip-hop producers to emerge from the East Coast scene. In addition to his own recordings, he's also worked with dozens of artists over the decades, including Heavy D, Kid 'n Play, Doug E. Fresh, Redman, Run-D.M.C., Will Smith, Nas, Talib Kweli, De La Soul, and various members of the Wu-Tang Clan. Born Peter O. Philips in the Bronx, he was influenced by his father, who was a DJ. Following in his father's footsteps, he also became a DJ/producer, forming a duo with his childhood friend C.L. Smooth. The pair made their debut in 1991 on the All Souled Out EP. A hit LP, Mecca and the Soul Brother, followed before the two went their separate ways in the wake of 1994's The Main Ingredient, with Rock remaining a prolific studio presence prior to the release of his solo debut, Soul Survivor, on Loud/RCA four years later. Dropped from the label, he continued his career as an independent producer, and later signed to Rapster/BBE in 2001 for PeteStrumentals. Two years later, the label released a two-part compilation of mid-'90s LPs with Lost and Found. In 2004, Rock produced the sequel to his debut, Soul Survivor II, with featured guests Pharoahe Monch, Dead Prez, Talib Kweli, and former partner C.L. Smooth. During the next few years, Rock focused on producing for other artists, including Ed O.G. and Ghostface Killah, and released his next solo album, NY's Finest, in early 2008. Over the next several years, he continued to focus on his production skills, toured with C.L. Smooth, and released additional works of his own, including the full-length Smif-N-Wessun collaboration Monumental (2011) and PeteStrumentals 2 (2015). In 2016, Rock issued Don't Smoke Rock, a collaborative effort with Smoke DZA. The album included the single "Milestone," which featured BJ the Chicago Kid, Jadakiss, and Styles P. He followed with another collaboration, this time with Skyzoo, on 2019's Retropolitan. He also crafted additional instrumental collections, Lost Sessions and Return of the SP1200. ~ Jason Ankeny, Rovi